A textile manufacturer was faced with a dramatic increase in demand for one of their most popular products which required spinning a second line of fibre. The existing equipment used to produce the pigment and polymer paste was not capable of supporting the two line rate, so the company set up a product development team to investigate methods of increasing capacity without compromising quality.

Their existing process could be summarised as follows:

The workhead comprises two concentric sets of blades and teeth running against two separate stators. This produces intense high shear, resulting in substantially faster mixing times. During the testing programme a number of options were examined, including installation of the In-Line before and after milling and in a separate recirculation system.

For a two week period the In-Line mixer was used on its own, eliminating the vibromills altogether, with acceptable results. When used in conjunction with the vibromills, the In-Line formed a fine premix which could be passed far more rapidly through the milling system - effectively doubling output and enabling the second production line to be maintained.

Subsequently a Multistage unit was purchased and installed in the production plant. 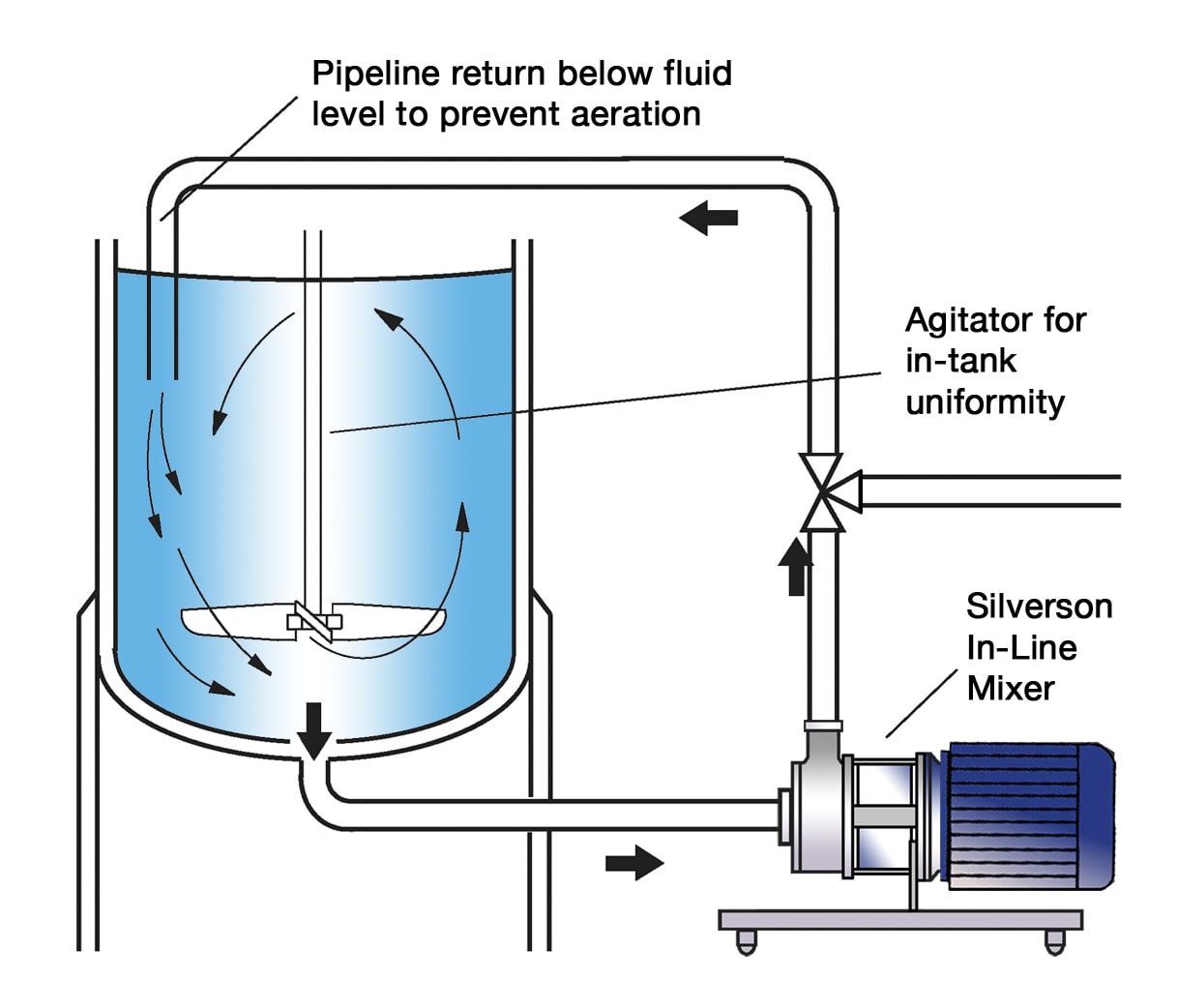 Polymer/Pigment Dispersion in Textile Manufacture
Got a Question? Ask our Experts
Call us +44 (0) 1494 786331
Send us an email
Locate a sales office

Have the latest how-to videos, application reports and more delivered straight to your inbox.